GMO Label Mandate Onerous and Unwarranted, Not Based on Science 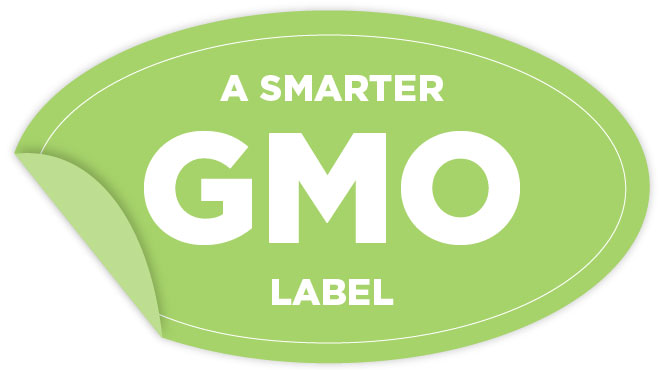 Earlier this year, the Maine Legislature passed a bill that will force onerous food labeling requirements on farmers and grocers that sell products that contain genetically modified ingredients, or GMOs. Despite the complete lack of scientific basis for such a law, and despite the fact that Maine’s attorney general testified the bill would likely not stand up to constitutional scrutiny, legislators cowed to special interest pressure and passed this anti-business bill anyway.

But what happens when the concept of GMO labeling is left to the actual citizenry to decide?

When voters are asked to weigh in on forced GMO labeling requirements, the results are the same over and over. Citizens in California and, more recently, in Washington state rejected attempts to mandate GMO labeling. Why? Because they understand that ultimately the cost of this unnecessary legislation will fall on them.

Voters last month in Washington rejected the idea that they should be forced to pay more for their groceries in order to satisfy the preferences of a small group of people. Equipped with the understanding that everyone already has the ability to decide whether or not to consume GMO products, voters rejected the effort by the organic food lobby to inflate the price of traditionally-grown products in order to grab more market share.

It’s common sense, after all: If you don’t like GMO products, you don’t have to buy them. We don’t need to create more bureaucracy and higher operational costs for our already-struggling farmers and retailers. Organic food producers have the freedom to label their products GMO-free, and many do. Consumers already have the freedom to choose.

And there is no scientifically compelling argument to be made against the consumption of GMO products. From the World Health Organization to the American Medical Association to the Food and Drug Administration, the consensus is clear: GMO crops are as safe for human consumption and the environment as conventional and organic crops.

In fact, GMO methodology has been credited with saving literally millions of lives through the increased production of staple food products around the world, and pioneers of these practices have even received the Nobel Peace Prize for their efforts.

Farmers can now produce more crops in an environmentally sustainable way at a lower cost thanks to the science of biotechnology. The benefits of this technology are so real that genetically modified crops are now planted on nearly a quarter of the world’s farm land by more than 17 million farmers.

We need to find better methods of food production now more than ever. By the year 2050 — for many of us, that’s within our lifetime — we’ll need to double food production to feed 9 billion people. To meet this challenge, we must embrace modern food production, not shun it.

The worst thing we could do is stigmatize modern farming and genetically improved food products with warning labels that are meant to scare rather than inform. The absolute most horrible thing we can do is force those labels on our own citizens and make them pay more for their groceries than anywhere else in the country.

From editorial page writers to farmers, from pediatricians to government researchers, and from small-town grocers to American voters, there is strong consensus that forced GMO labeling bills are unwarranted.

Gordon Colby has worked in Maine’s blueberry industry for more than 25 years and is a resident of Waldoboro.