Despite myriad assurances from scientists that foods containing genetically modified ingredients are safe to eat, consumers are likely to see more and more products labeled “G.M.O.-free” in the not-too-distant future. As happened with the explosion of gluten-free products, food companies are quick to cash in on what they believe consumers want regardless of whether it is scientifically justified.

Responding to consumer concerns about genetically modified organisms, or G.M.O.s, in foods, as well as individual company and state actions on G.M.O. labeling, the Department of Agriculture last month announced a voluntary certification program that food companies would pay for to have their products labeled G.M.O.-free.

By the end of the month, Abbott, the maker of Similac Advance, began selling a G.M.O.-free version of the nation’s leading commercial baby formula (it already has such a product, sold as Similac Organic) to give consumers “peace of mind”.

In April, Chipotle Mexican Grill announced it would start preparing foods with no G.M.O.s, although the restaurant will not be free of such ingredients.

Last year, Vermont passed a law requiring the labeling of foods that contain G.M.O.s (Connecticut and Maine have labeling laws that will go into effect only when surrounding states also pass them). And Whole Foods Market, with 410 stores in 42 states, Canada and Britain, announced that it would require all foods they sell with G.M.O.s to be so labeled by 2018.

G.M.O. labeling is already required in 64 countries, including those of the European Union; Russia; Japan; China; Australia; Brazil; and a number of countries in Africa, where despite rampant food scarcity and malnutrition, American exports that could save millions of lives have been rejected because the crops contained G.M.O.s.

However, a review of the pros and cons of G.M.O.s strongly suggests that the issue reflects a poor public understanding of the science behind them, along with a rebellion against the dominance of food and agricultural conglomerates. The anti-G.M.O. movement, I’m afraid, risks throwing the baby out with the bathwater. What is needed is a dispassionate look at what G.M.O.s mean and their actual and potential good, not just a fear of harmful possibilities.

Let’s start with the facts. Humans have been genetically modifying food and feed plants and animals for millenniums, until recently only by repeatedly crossing existing ones with relatives that have more desirable characteristics. It can take many years, even decades, to achieve a commercially viable product this way because unwanted traits can come in the resulting hybrids. While it may be nice to have a tomato that can withstand long-distance travel, the fruit also has to ripen evenly and, most important, taste good.

The US House of Representatives has passed the industry-backed voluntary GMO labeling bill – The Safe and Accurate Food Labeling Act 2015 – by 275 votes to 150, and rejected all four amendments it was asked to consider.

H.R. 1599
– which anti-GMO activists have dubbed the DARK Act (‘Denying Americans the Right-to-Know’) – would pre-empt state laws that mandate GMO labeling (such as Act 120 in Vermont) and set up a federal voluntary ‘non-GMO’ labeling system run by the USDA’s Agricultural Marketing Service.

Under the proposed federal legislation, which was introduced by Mike Pompeo (R-KS), firms would also be allowed to make ‘natural’ claims on foods made with ingredients from genetically engineered (GE) crops – which supporters hope will stop civil litigation over this issue from clogging up the court system.

THREE crops — corn, soybeans and wheat — account for a vast majority of the value of America’s agricultural crop output. But wheat is different in one important respect. While more than 90 percent of the nation’s corn and soybean acres are now planted with seeds genetically engineered to resist insects, herbicides or both, there is not a single acre of genetically engineered wheat being grown commercially in the United States.

Wheat farmers have suffered as a result, as have consumers of bread and pasta, who have been paying higher prices than they might have because fewer and fewer acres are planted in wheat. Without the benefits of the newer molecular techniques of genetic engineering, the nation’s wheat industry will continue to struggle against other commodities that have adopted biotechnology, and against the drought conditions out West. All of this is happening as the planet’s population increases and global wheat demand expands in response.

The American Association of the Advancement of Science takes a strong stand against forced labeling:

There are several current efforts to require labeling of foods containing products derived from genetically modified crop plants, commonly known as GM crops or GMOs. These efforts are not driven by evidence that GM foods are actually dangerous. Indeed, the science is quite clear: crop improvement by the modern molecular techniques of biotechnology is safe. Rather, these initiatives are driven by a varietyof factors, ranging from the persistent perception that such foods are somehow “unnatural” and potentially dangerous to the desire to gain competitive advantage by legislating attachment of a label meant to alarm. Another misconception used as a rationale for labeling is that GM crops are untested…

Get your questions answered 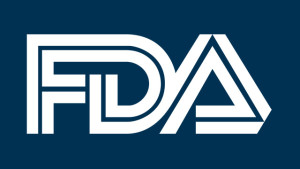 This is the speech which inspired the NPR story:

There is no scientific evidence that genetically engineered (GE) foods have any harmful or long-term effects over multiple generations.

No comprehensive GE labeling law has yet passed in any state. Adequate information that allows consumers to make choices consistent with their preferences is an essential feature of well-functioning food markets.