In The News U.S. House Republicans are proposing a new government certification for foods free of genetically modified ingredients. The idea is part of an attempt to block mandatory labeling of foods that include genetically modified organisms, or GMOs. The certification would be voluntary, says Rep. Mike Pompeo, a Kansas Republican who is including the idea in legislation he plans to introduce Wednesday. Pompeo says a government-certified label would allow companies that want to advertise their foods as GMO-free to do so, but it would not be mandatory for others. The food industry, which backs Pompeo's bill, has strongly opposed individual state efforts to require labeling, saying labels would be misleading because GMOs are safe. The bill would also override any state laws that require the labeling. Under the legislation, the Agriculture Department would oversee the certification, as it does with organics. But while organic foods must be USDA-certified to carry any organic label on a package, the USDA non-GMO certification would not be required for every food that bills itself as non-GMO. The idea is that the USDA-certified non-GMO foods would have a special government label that companies could use to market their foods. The bill also steps up FDA review of genetically modified foods. Pompeo says inconsistent state laws would be confusing and costly for consumers and for companies. Vermont became the first state to require the labeling in 2014, and that will go into effect next year if it survives a legal challenge from the food industry. He said he is working with his party's leadership and also the Senate to try to pass the bill this year. Genetically modified seeds are engineered in laboratories to have certain traits, like resistance to herbicides. The majority of the country's corn and soybean crop is now genetically modified, with much of that going to animal feed. They are also made into popular processed food ingredients like high-fructose corn syrup and soybean oil. The FDA says GMOs on the market now are safe, but consumer advocates pushing for the labeling say shoppers have a right to know what is in their food, arguing that not enough is known about the effects of the technology.

In In The News
Uncategorized

Maine Public Radio: As Weeds Outsmart The Latest Weedkillers, Farmers Are Running Out Of Easy Options 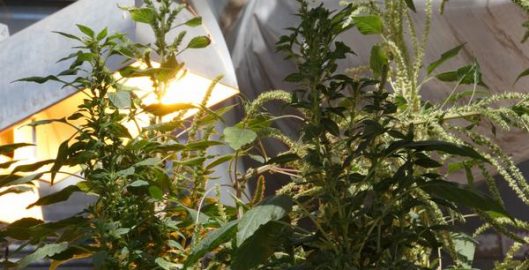 There was a moment, about 20 years ago, when farmers thought that they’d finally defeated weeds forever.

Biotech companies had given them a new weapon: genetically engineered crops that could tolerate doses of the herbicide glyphosate, also known by its trade name, Roundup. Farmers could spray this chemical right over their crops, eliminate the weeds, and the crops were fine.

Stanley Culpepper remembers that moment. He’d left his family’s farm to study weed science at North Carolina State University. “I was trained by some really, really amazing people,” he says, “and I was even trained that there would never be a weed that was resistant to Roundup.”

These scientists believed that plants couldn’t become immune to Roundup because it required too big of a change in a plant’s biology.