Why we shouldn’t label GMOs 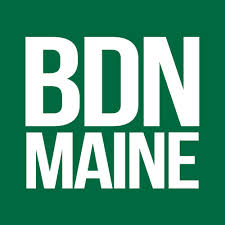 In 2016, it is estimated that the global population may increase by as many as 80 million people. Not surprisingly, one of the biggest challenges associated with this rise in population will be figuring out how to feed these millions of people. Undoubtedly, genetically modified organisms, or GMOs, will be an important part of the solution.

However, even as these new and exciting technologies develop, an increasing number of people in the United States and other countries are choosing to avoid consuming GMOs under the unfounded pretense that they are unsafe or unnatural. This is despite the fact that a recent Pew and American Association for the Advancement of Science study found that 88 percent of relevant scientists agreed that GMOs posed no threat to human health or safety. Only 57 percent of the American people trusted the safety of GMOs in the survey.

Regardless of this, GMO labels still may seem like a harmless expression of the freedom to advertise and the consumer’s freedom to buy what they would like. Unfortunately, though, the repercussions are far more severe. This is because labeling GMO-free foods gives validity to the fear that GMOs are dangerous by taking the place of scientific evidence in the GMO debate. Not only does this mean that the labeling of GMOs is actually misinforming the consumer, it also drives consumption away from the bioengineering industry. This ultimately decreases the motivation and capital for the research and development of genetically modified foodstuffs and other biotechnology that we need to see improved upon if we want to feed the 7.4 billion people who will be living on Earth at the end of this year.

Expecting these developments isn’t unreasonable considering that we’ve seen biotechnology improve our global food supply countless times. For example, in 2015 alone, two especially exciting developments occurred in our supermarkets concerning GMOs. The first of these was the creation of a new breed of potato by the J.R. Simplot Company dubbed the “Innate potato,” which does not bruise as easily and is missing the chemical acrylamide, which naturally occurs in potatoes and is carcinogenic. The second was the U.S. approval of a breed of genetically modified salmon that has already been consumed for several years in parts of Europe.

What makes these organisms special is that they are part of the future of sustainable agriculture. In the case of the new “AquAdvantage salmon,” a gene has been altered that causes the salmon to grow larger in less time with less feed than conventional fish breeds. Also, the Innate potato is more sustainable than older potato varieties, as it can be shipped and stored without fears of the potato becoming brown or mushy.

Not surprisingly, it’s innovations like these that will ensure that we will be able to feed our ever-growing population in a safe and sustainable way. And even if a GMO is created in the future that has a dangerous substance in it, we can all but guarantee that a hazardous franken-ear of corn or pod of peas will never find its way into American supermarkets, as the USDA and FDA rigorously test all new genetically modified foods before they can be sold.

Ultimately, this decade holds the potential to revolutionize the way humans feed each other, but only if we embrace these technologies instead of rejecting, labeling and stigmatizing them.

Ethan Brouder is a science enthusiast and amateur writer who lives in Cumberland.