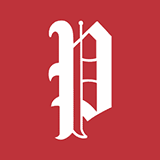 The sponsor of a Maine law that requires food producers to label foods containing genetically modified ingredients says state lawmakers are misguided in their effort to repeal the law’s trigger provision.

This year, a group of state legislators submitted a new bill that would remove the trigger and allow the law to go into effect. Harvell said Maine risks the possibility of food producers pulling products from the state if there isn’t a critical mass of other states with labeling laws.

“I never liked the idea of Maine having such small market share and doing it alone,” Harvell said. “When you bring in other states, you bring in a compact where they have economic viability.”

Rep. Michelle Dunphy, D-Old Town, said the legislators want to strike the multi-state compact because Maine residents have “a right to know what’s in our food.” She said the proposal will likely come up for a public hearing later this month or in early May. She added that the labeling law is designed to inform the consumer and not to punish food producers.

“It doesn’t necessarily mean I’m not going to buy the food, but I want to make that choice,” she said.

Maine’s law includes an automatic repeal if mandatory labeling of genetically engineered food is not adopted by at least five contiguous states, including Maine, by Jan. 1, 2018. Connecticut also passed a law that is contingent on other states passing laws. In New Hampshire, where passage of a labeling law is needed for Maine’s to move forward, state legislators shot down a proposed law last year.

Vermont is defending its law in court against the Grocery Manufacturers Association and other trade groups that claim the law is unconstitutional. Agribusinesses and the biotech industry have vigorously opposed the mandatory labeling of genetically modified food and cite broad scientific consensus that genetically engineered food is safe to eat.

Harvell said another reason Maine should keep its trigger provision is to see what happens with the Vermont lawsuit. He withdrew his re-election bid in June 2014 to spend time with his family and is no longer in the Maine Legislature.