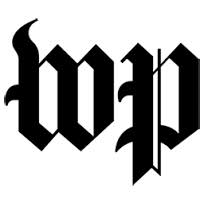 By Editorial Board March 29th

Mandated labeling would deter the purchase of genetically modified (GM) food when the evidence calls for no such caution. Congress is right to bemoving toward a more sensible policy that allows companies to label products as free of GM ingredients but preempts states from requiring such labels.

Lawmakers and voters in some states have considered requiring GM labeling, but only a few have chosen to label, and none have yet started. That’s good: The GM-food debate is a classic example of activists overstating risk based on fear of what might be unknown and on a distrust of corporations. People have been inducing genetic mutations in crops all sorts of other ways for a long time — by, for example, bathing plants in chemicals or exposing them to radiation. There is also all sorts of genetic turbulence in traditional selective plant breeding and constant natural genetic variation.

Yet products that result from selective gene splicing — which get scrutinized before coming to market — are being singled out as high threats. If they were threatening, one would expect experts to have identified unique harms to human health in the past two decades of GM-crop consumption. They haven’t. Unsurprisingly, institutions such as the National Academy of Sciences and the World Health Organization have concluded that GM food is no riskier than other food.

Promoters of compulsory GM food labeling claim that consumers nevertheless deserve transparency about what they’re eating. But given the facts, mandatory labeling would be extremely misleading to consumers — who, the Pew polling shows, exaggerate the worries about “Frankenfood” — implying a strong government safety concern where one does not exist. Instead of demanding that food companies add an unnecessary label, people who distrust the assurances that GM food is safe can buy food voluntarily labeled as organic or non-GM.

This isn’t just a matter of saving consumers from a little unnecessary expense or anxiety. If GM food becomes an economic nonstarter for growers and food companies, the world’s poorest will pay the highest price. GM crops that flourish in challenging environments without the aid of expensive pesticides or equipment can play an important role in alleviating hunger and food stress in the developing world — if researchers in developed countries are allowed to continue advancing the field.

A House bill introduced last week would facilitate a voluntary labeling system and prevent states and localities from going any further to indulge the GM labeling crowd. It would also empower the Food and Drug Administration to require labels on GM products that materially differ from their non-GM cousins in ways that can affect human health. Yes, food industry interests back the bill. That doesn’t make it wrong.