Food not fear: Why GMOs deserve our trust 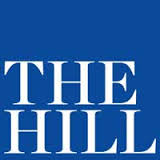 The scientific consensus supporting GMO food production is overwhelming. It shows no signs of flagging. So it’s more than a head scratcher when we read some people want to require special labels for food that includes ingredients from GMO crops. With next to no scientific support to back them up, critics suggest there is a real need for this scaremongering. We could not disagree more. GMO foods are safe.

My association, the American Farm Bureau Federation, is the largest farming organization in North America. Members include a large majority of the family farms in the United States. We are joined by every other major farming organization in the U.S. – more than 25 in all – that oppose mandatory GMO labeling. So, yes, the support for GMOs is nearly universal in farming.

The UN’s main body for food and agriculture, the Food and Agriculture Organization, fully supports GMOs. So does the National Research Council of the National Academies of Science. So, too, do the American Medical Association and American Dietetic Association, as well as their counterparts in the EU and countries around the globe.

Labeling advocates tell us they want “full disclosure” on food labels, yet run from full disclosure of the actual science that shows GMOs pose zero threat to your health or mine. No credible, objective scientific body has found any hazard in consuming GMO food on the market. It would be wrong to allow anyone to eat it if it were. The FDA wouldn’t permit it, and our farmers wouldn’t, either. So why require labels suggesting the presence of GMOs was an important fact?

Essentially every food available to human beings today has been genetically modified through a variety of technologies and methods over millennia. As a result, what we eat is more hardier, tastier and better for us than what came before. Whether your food comes from Whole Foods, a farmer’s market, the mom-and-pop organic store down the block or a big-chain supermarket, it all comes to you thanks to human ingenuity and hard work. Direct DNA modification in GMOs is an extension of that ingenuity that will bring the additional food needed to feed an estimated global population of 9 billion by 2050. We cannot dismiss this technology without courting humanitarian disaster.

Mandatory GMO labeling is not about warning anyone of an actual hazard but, often, simply a strike back at “bigness.” True, there are only a handful of companies that can commercialize agricultural biotechnology today. But as technology spreads, we expect to see many more in the future.

GMOs help make food safer, more abundant and more affordable, not less. Unlike previous techniques, GMO technology lets us determine exactly which of 10s of thousands of genes we are modifying. Out of those thousands of genes, only a handful at most is changed. And then – even after all the scientific research and analysis has passed muster – seed producers must spend years with at least two if not three federal agencies to win approval to sell the seeds. No other food has to jump through such hoops. No other food has to be proven over and over. No food can say it has a better safety record than the GMO foods on the market

Farmers raise and eat GMO products the same as anyone else. We know they are safe. We also know that GMOs offer protection against harmful pests that would otherwise have to be sprayed with pesticides. GMOs use soil and water more efficiently, and that protects water quality. They disturb the soil less and need fewer passes with farm machinery, each of which greatly reduces energy use and carbon emissions. They are, as noted agricultural consultant Temple Grandin reminded us at our annual convention, an environmental success story that others need to know about.

A common-sense legislative alternative is in the works to inform consumers who still seek out organic or “non GMO” food. The bipartisan Safe and Accurate Food Labeling Act of 2015 would clarify the FDA as the nation’s foremost authority on food safety and create a voluntary labeling program run by the USDA Agricultural Marketing Service.

Consumers have a right to know what’s in their food, but they shouldn’t be misinformed about what’s safe, or forced to pay higher prices unnecessarily. Farmers benefit from choice, and so should consumers. It’s in no one’s interest to turn back the clock.

Stallman is president of the American Farm Bureau Federation.